Here I am:) Yesterday I had the last exam, in enzymology... That was really stressful, but when I finished writing and gave paper with my answers to the teacher, suddenly, I felt soo free, I could fly:)

Besides study, in my life appeared Someone, very unexpectedly. And planted so many colourful flowers in my life. 'Thank You' is a word always worth to say:)
We passed by each other few months earlier by choosing and going to see exactly the same movie at Asian Movie Festival, but, not knowing each other and not predicting anything, yet:)

Recently I went with my friends to see a concert of traditional Korean music at Academy of Music in Krakow. The composer, Mrs Ahn Hyun Jung is also a professor of Korean Music at one of universities in Seoul - Ehwa Womans University. The concert was divided into two parts, first with a introduction to Korean music and instruments and then a 'real play'. Firstly Polish musicians played on Western instruments, then Korean musicians on Korean instruments, and in the end a cooperation between Korean and Polish performers:)
Korean musical instruments used during concert were as following:
1. Daegeum
2. Piri
3. Geomungo

So let's have a small look at them:)

And a video to present the sound of Daegeum (from: ironcos2):


And a video (from: piriqueen):


Korean performers in the concert:
Park Hye Ohn playing on Daegeum
Kin Ji Yoon playing on Piri
Yu Lee playing on Geomungo
All of the ladies were wearing beautiful Hanboks:) 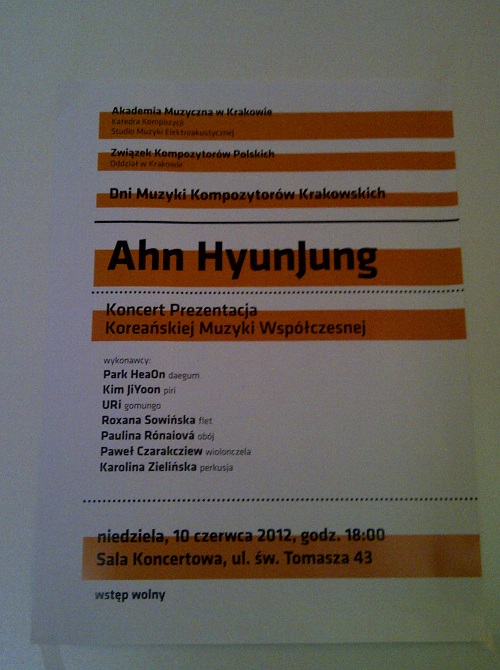 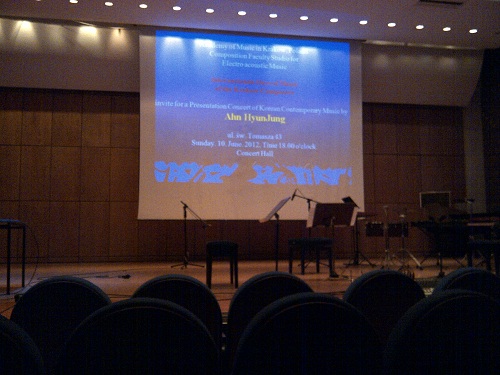 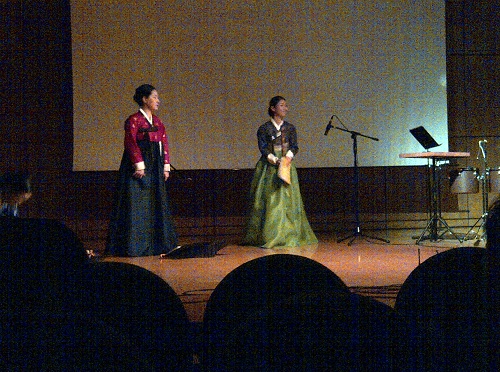 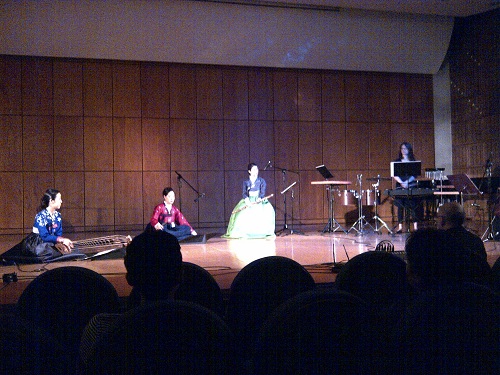 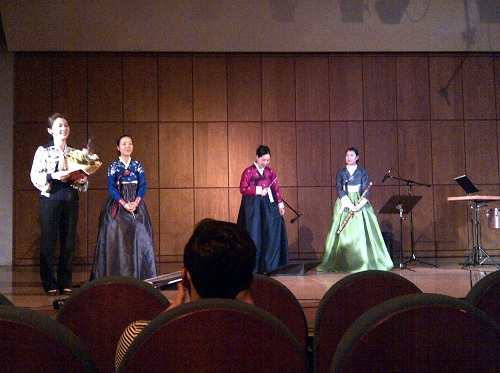 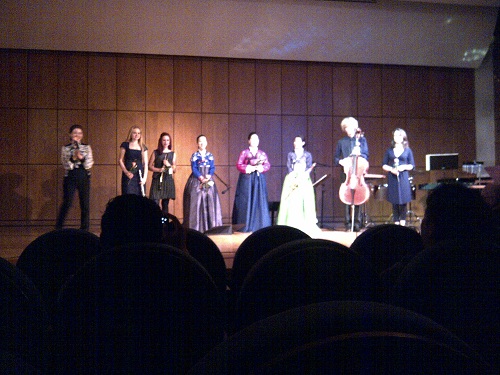 During presentation Mrs Ahn Hyun Jung played also few other songs. I was moved especially by one 'An Old Garden for a Women's Traditional Song' (with Gayageum - 12 string instrument). Unfortunately I can't find it anywhere to share.

As the previous post was about Big Bang, a new Big Bang's song was aired not long ago:) The title is 'Monster'. I like the song very much, how about You?:)

Posted by mulmangcho at 12:13 No comments:

few words about me

mulmangcho
Hello everyone!:)안녕하세요! .. Are You ready?^^ I'm taking You into a journey of my thoughts, experience and world seen through my eyes. And speaking about me.. I'm a 25years old girl from Poland:) In my blog I want focus on issues related to Korea, learning Korean language, travelling and cooking:) Currently I'm preparing for TOPIK exam.

If You have any questions You can contact me via: msmulmangcho@gmail.com